Singerie, French for “monkey trick,” is the art genre depicting monkeys imitating human behavior—dressed up and mischievously aping around as us. Mimicking man with monkey dates back to Ancient Egypt, but their meaning has shifted through time—from symbols of the devil or the fall of humanity, to stand-ins or replacements of humans. Singerie painting was particularly popular during the Rococo period in France; monkeys appear in tapestries, porcelain and paintings, and this led to them becoming fashionable pets to keep fastened with chain or leash. Artists such as Chardin or Oudry made satirical paintings featuring le singe peintre—monkeys portrayed as artists or art critics—parodies of the French Academy. Monkey see, monkey do.

Thank you Squash Banana. I’m not an ape, you are: Morgan Mandalay presents a series of paintings of captive apes—zoo animals whose ancestors were once wild. But they locked them up and threw away the key. The apes respond to our presence just as much as we do theirs, but both of our views are obscured by the overlay of tropes that appear in Mandalay’s body of work, a succession of hands, mouths, eyes, tomatoes, flowers, figs, candles, veils, rats, fire, water, cigarettes and wine.

On zoos, John Berger wrote, “In principle, each cage is a frame round the animal inside it. Visitors visit the zoo to look at animals. They proceed from cage to cage, not unlike visitors in an art gallery who stop in front of one painting, and then move on to the next,” yet the image is wrong, “like an image out of focus.”[1] Camera flashes reveal the partition, making visible the finger smudges and markings of tapping, teasing, yearning to get closer. Apes misbehave for their audience: bonobos masturbate, orangutans throw shit, gorillas sleep. The repetition of Mandalay’s grids recall how early twentieth century barred enclosures facilitated interaction; animals were touched and fed through their cages, and cigarettes were offered to or flicked at them. If given the opportunity, apes will take up the habit of smoking.

Zoo visitors often feel a sense of disappointment, that animals do not live up to their expectations; there is too much sleeping and sitting. The anthropomorphization of animals is an attempt to reverse our boredom. Naming zoo creatures and providing cute biographical information about their favorite food or hobby makes us feel connected. Guy the Gorilla, for example, lived in a Tecton concrete and steel enclosure in the London Zoo from 1947 until 1978. After his death, an autopsy revealed obesity and heart failure and Guy was taxidermied for the Natural History Museum in London where he is still on display.

As we walk from ape to ape we see ourselves in them—do they see themselves in us? A recent study proved monkeys can learn to see themselves in the mirror through an experiment involving the placement of lasers or brightly colored dots of pigment on their faces, tracking their interactions with their reflection. Is this self-recognition or self-realization?

Morgan Mandalay (b. 1985, Long Beach, California, USA) received his BFA from the School of the Art Institute of Chicago and his MFA from the University of California San Diego. He recently completed a post-graduate fellowship with Shandaken Project’s Paint School in New York City and has been nominated for the prestigious Rema Hort Mann Foundation’s Emerging Artist Grant.

Mandalay is also the founder and curator of the itinerant project space SPF15. 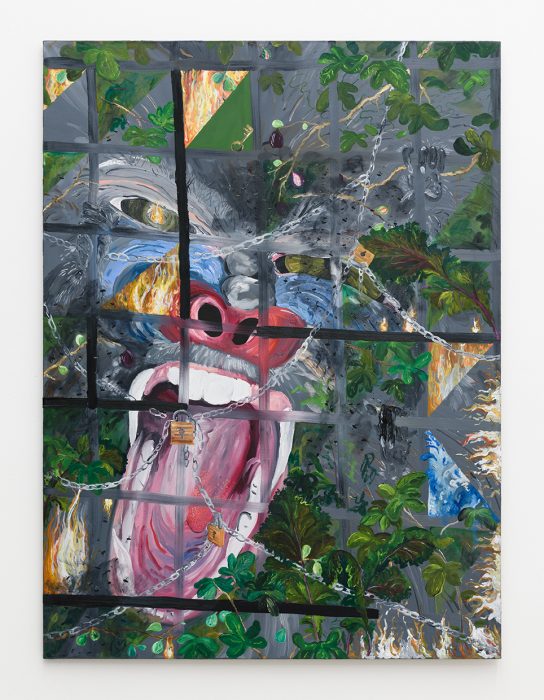 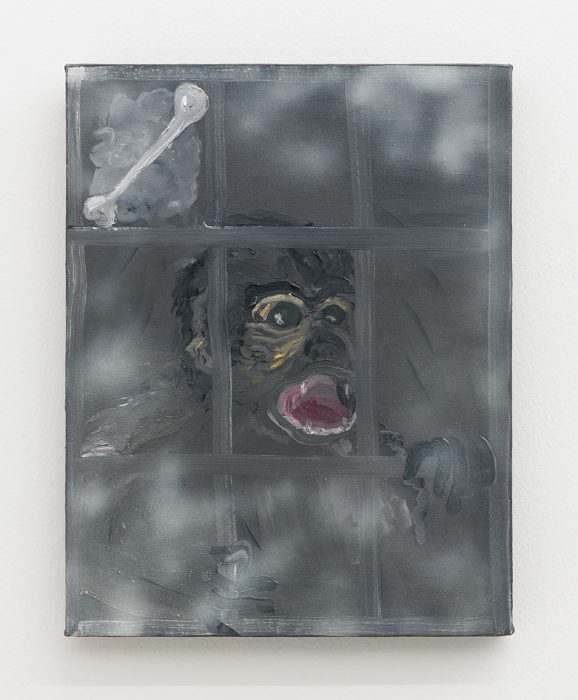 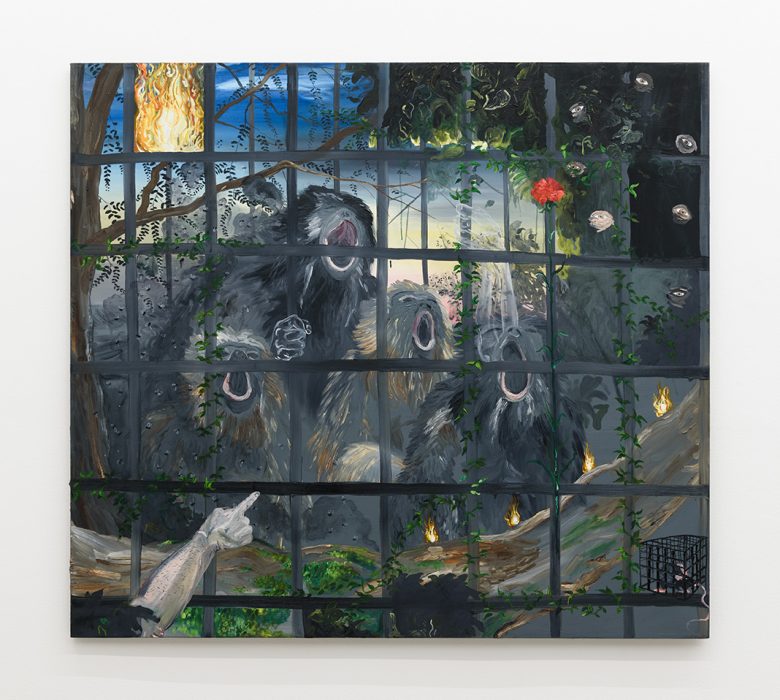 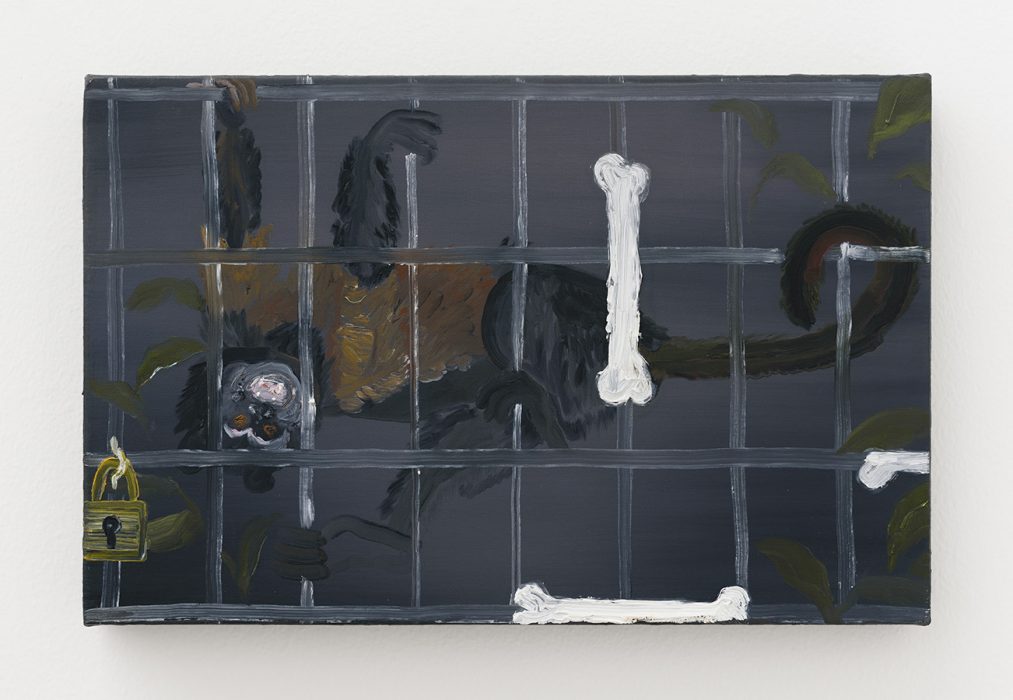 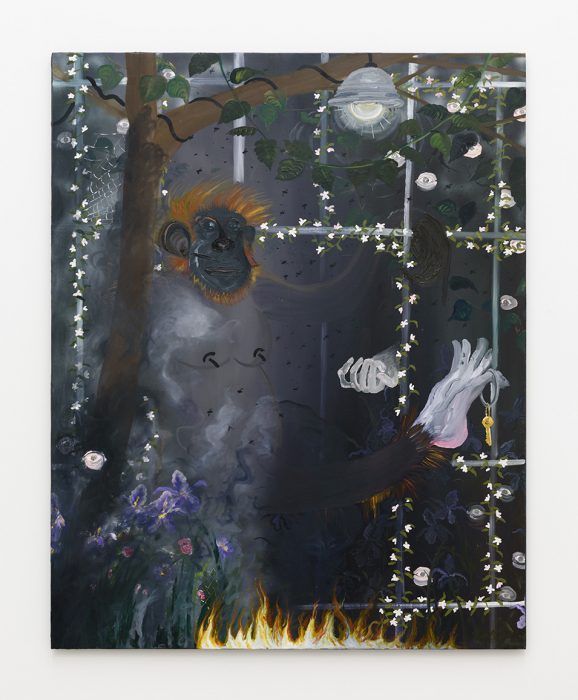 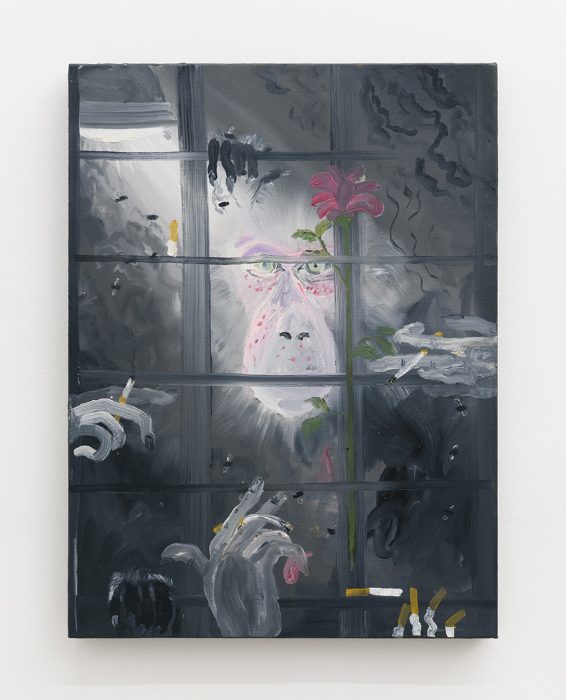 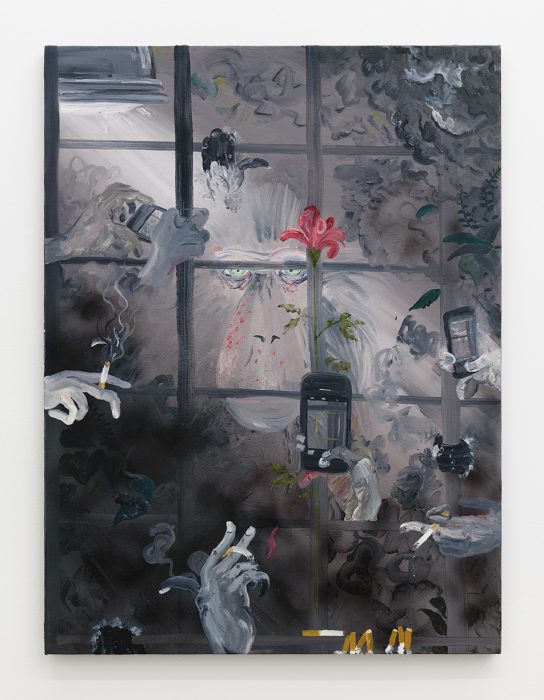 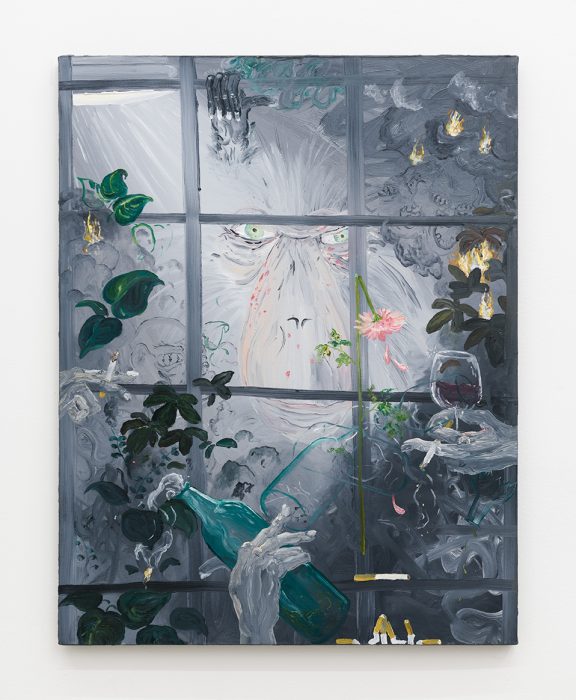 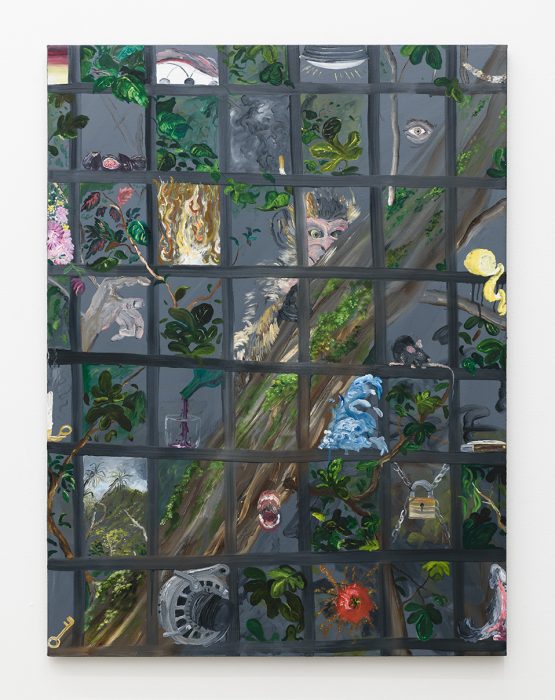 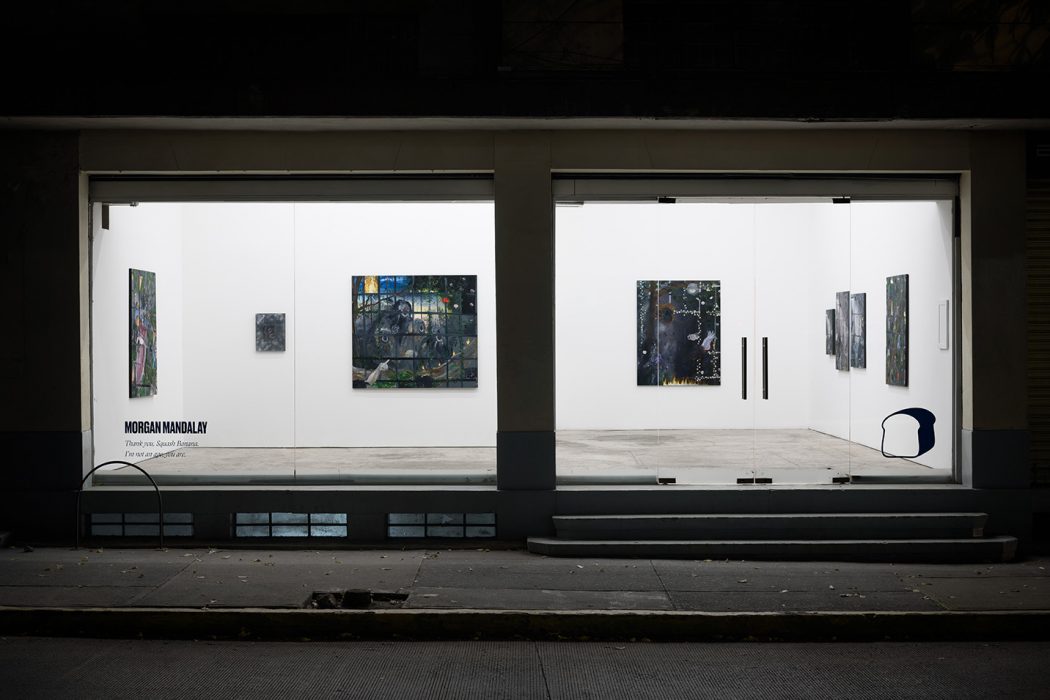 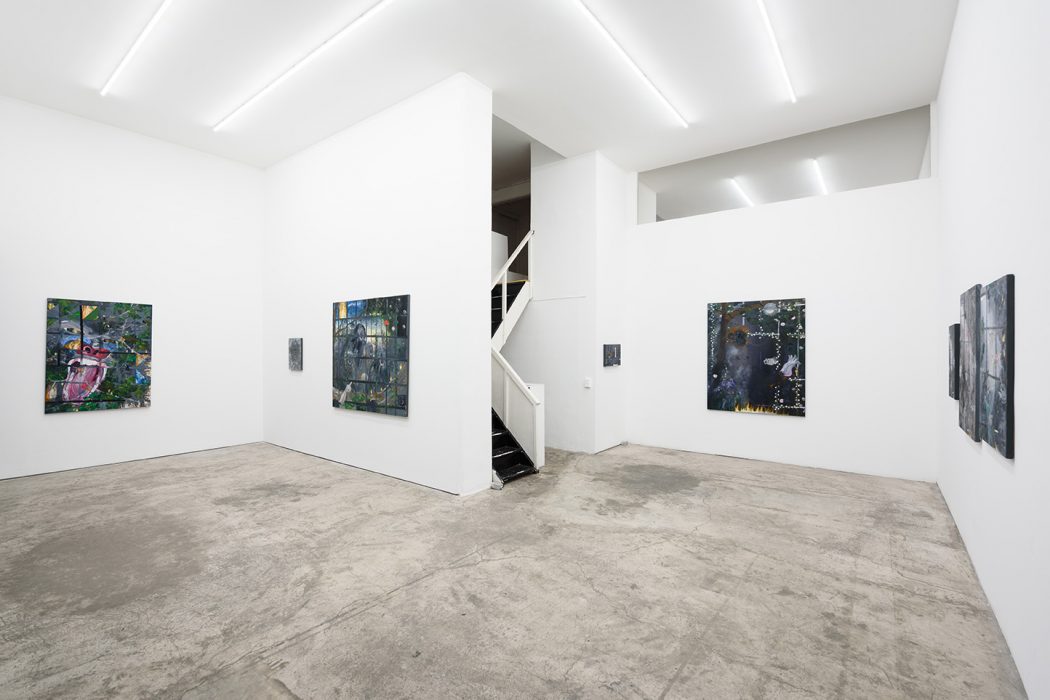 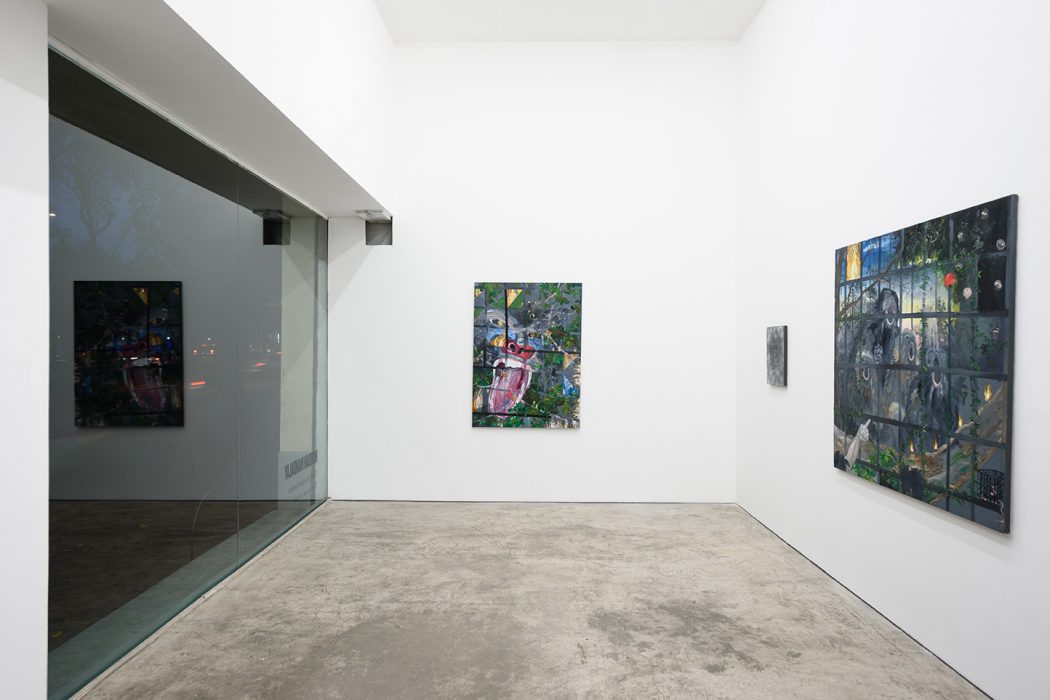 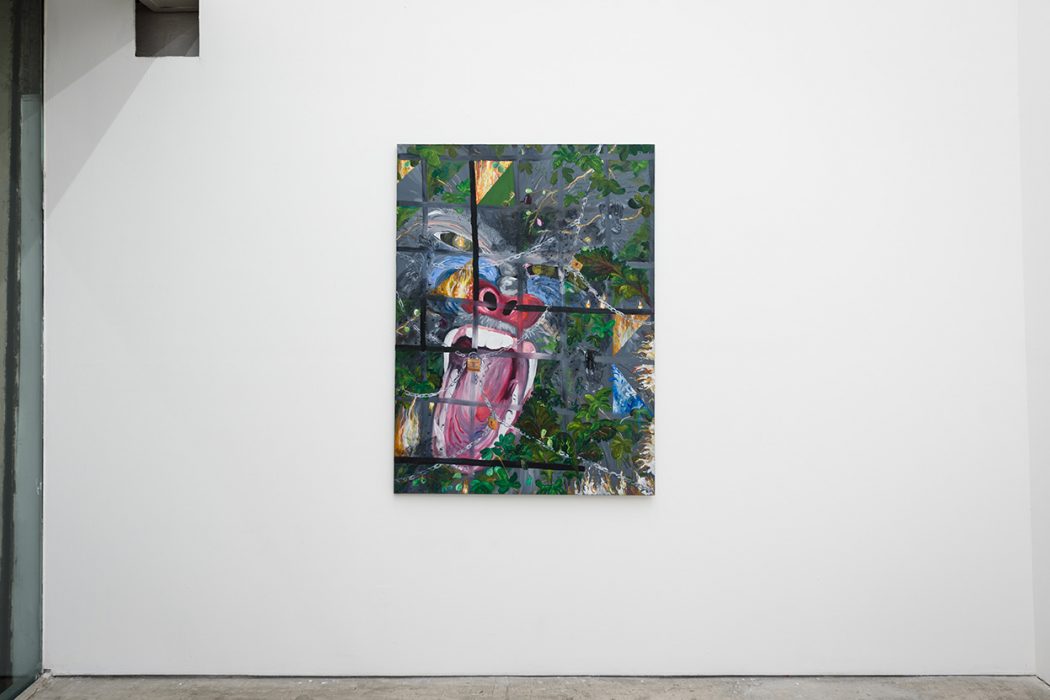 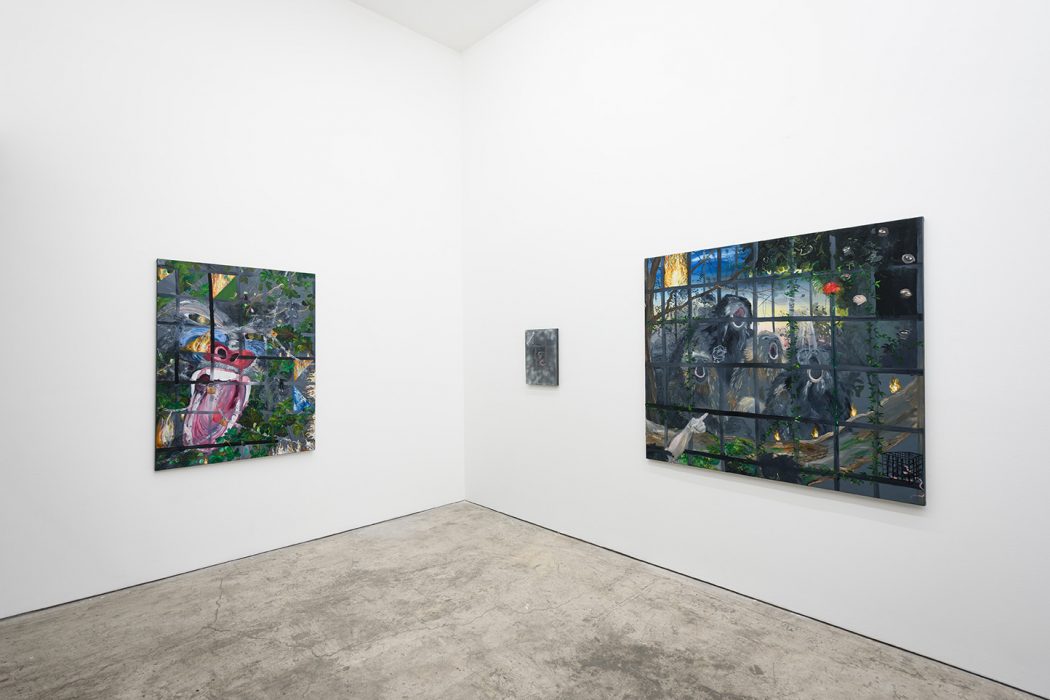 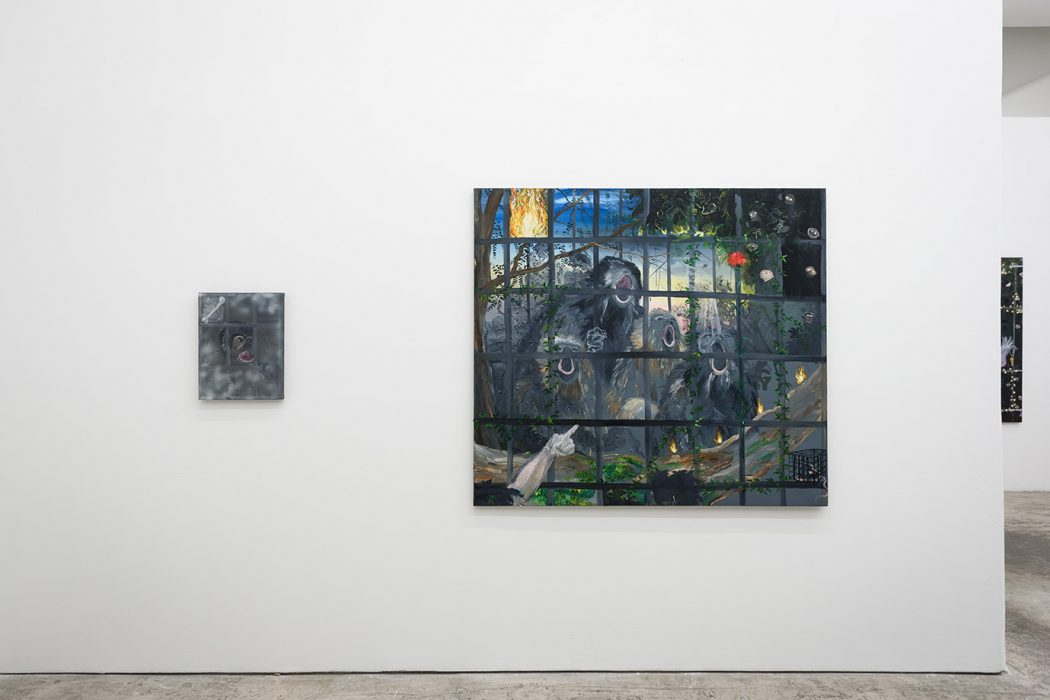 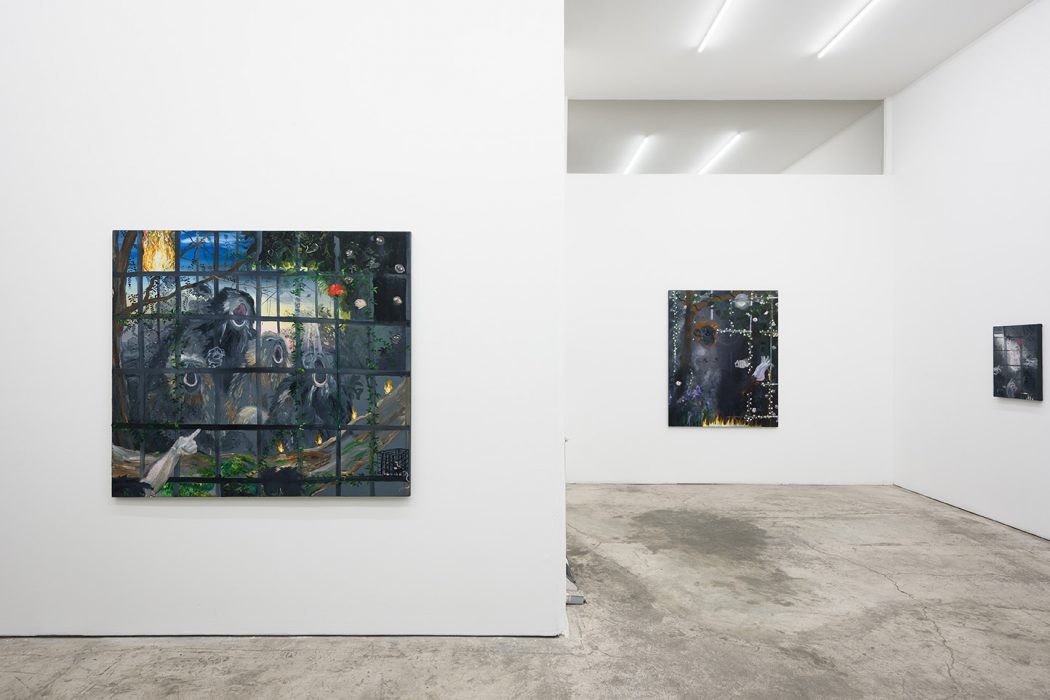 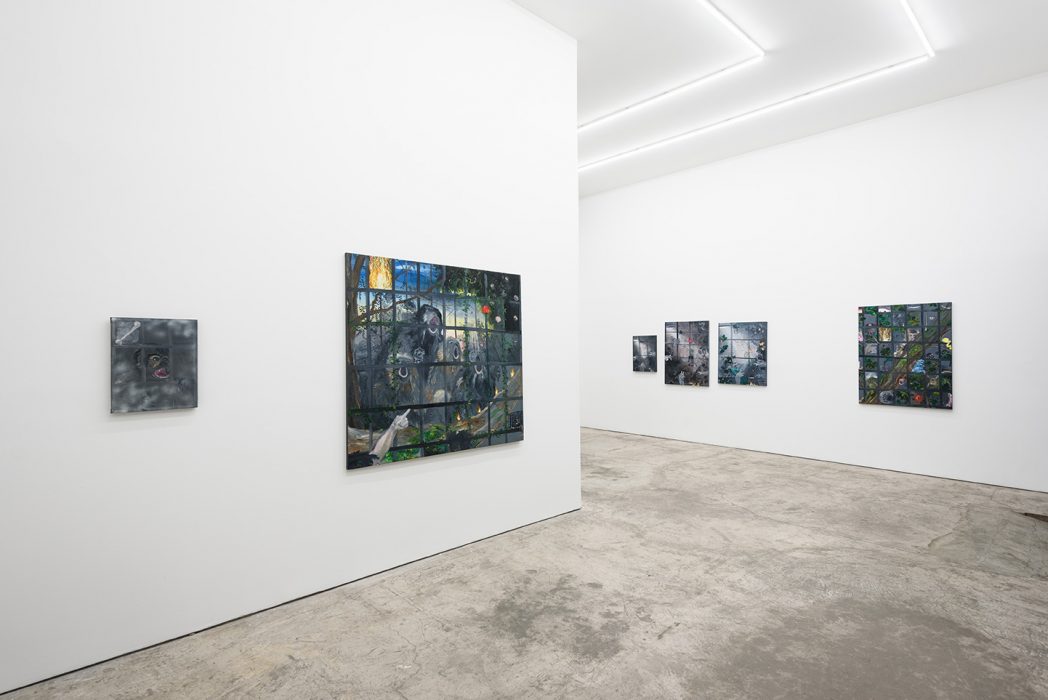 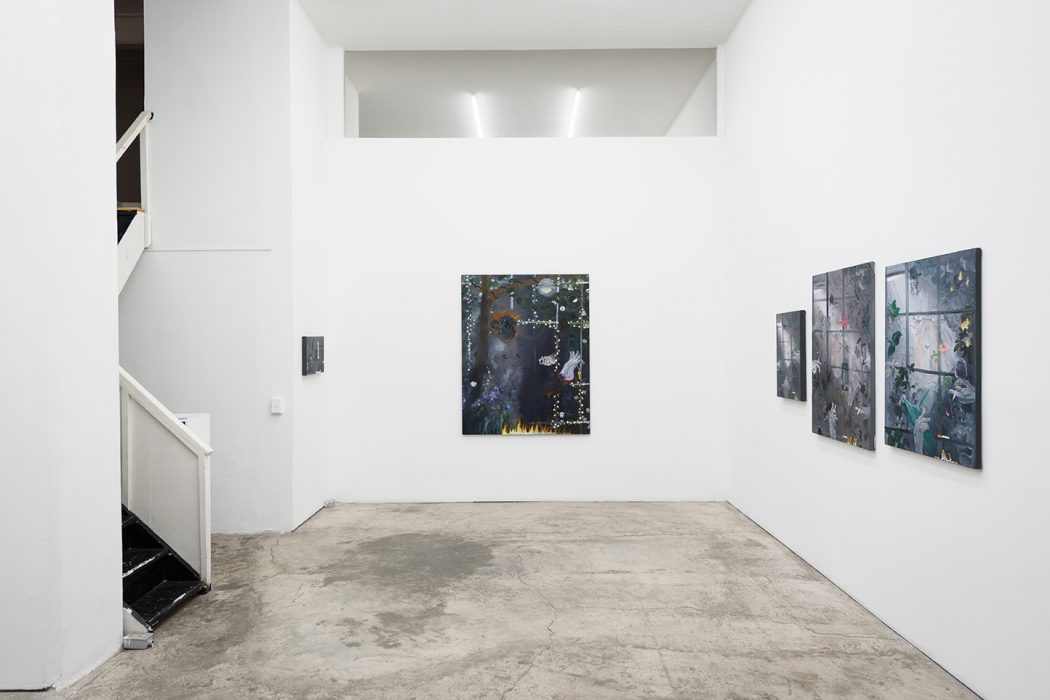 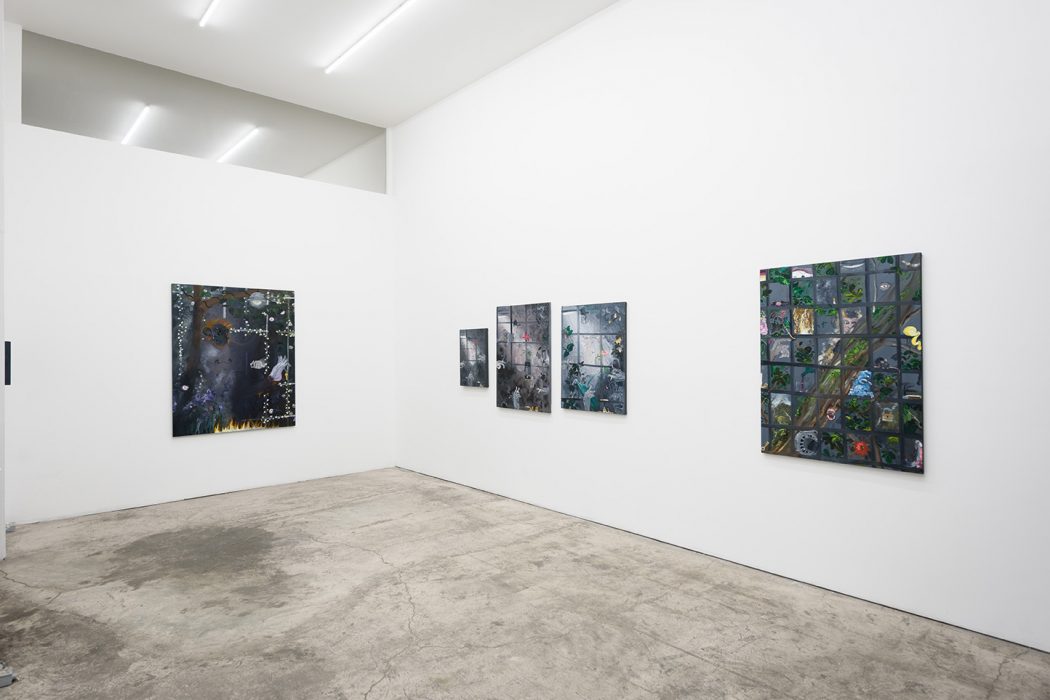 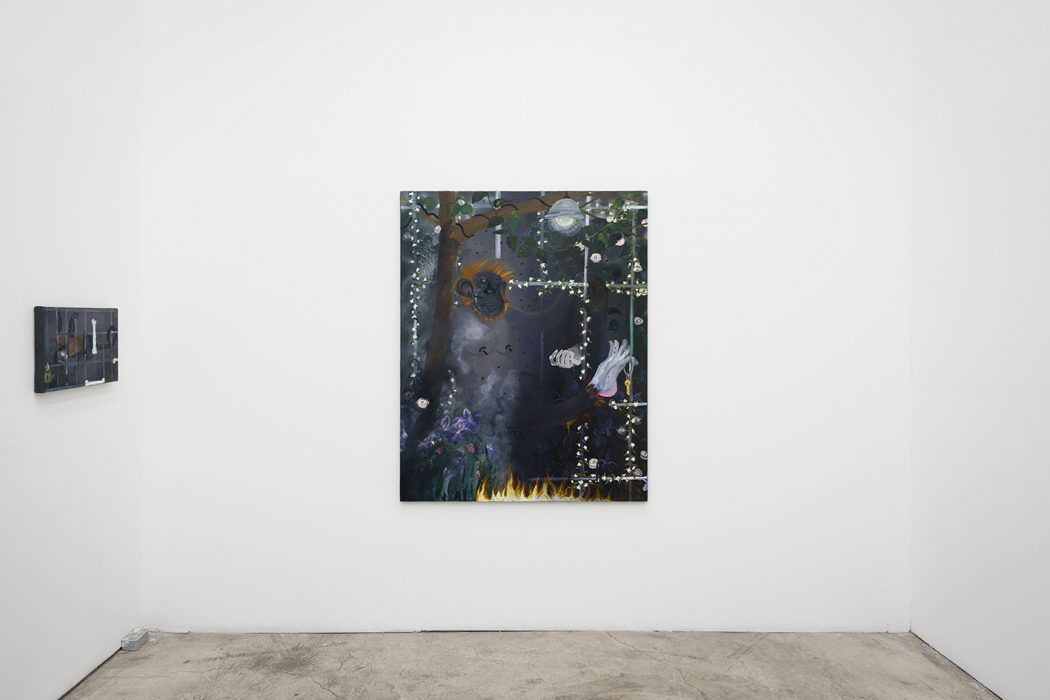 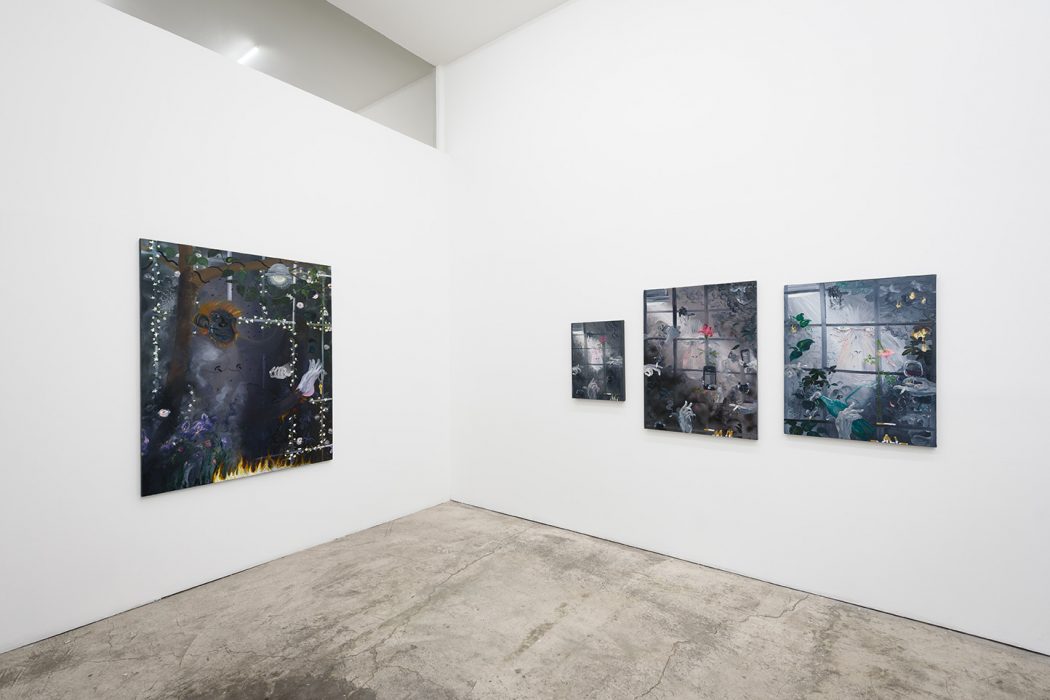 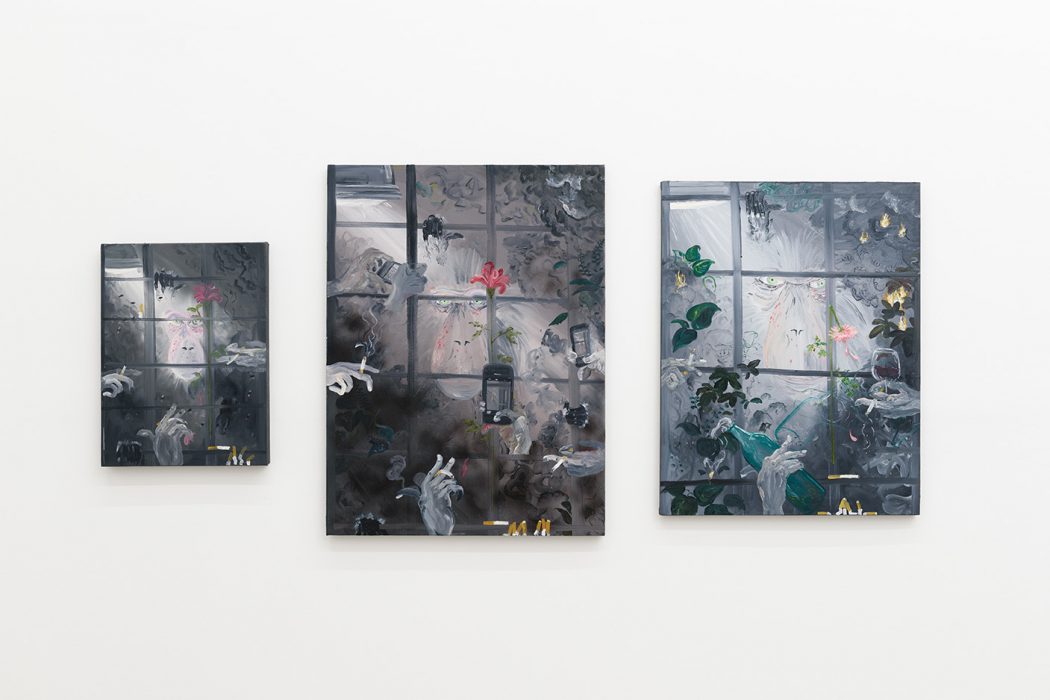 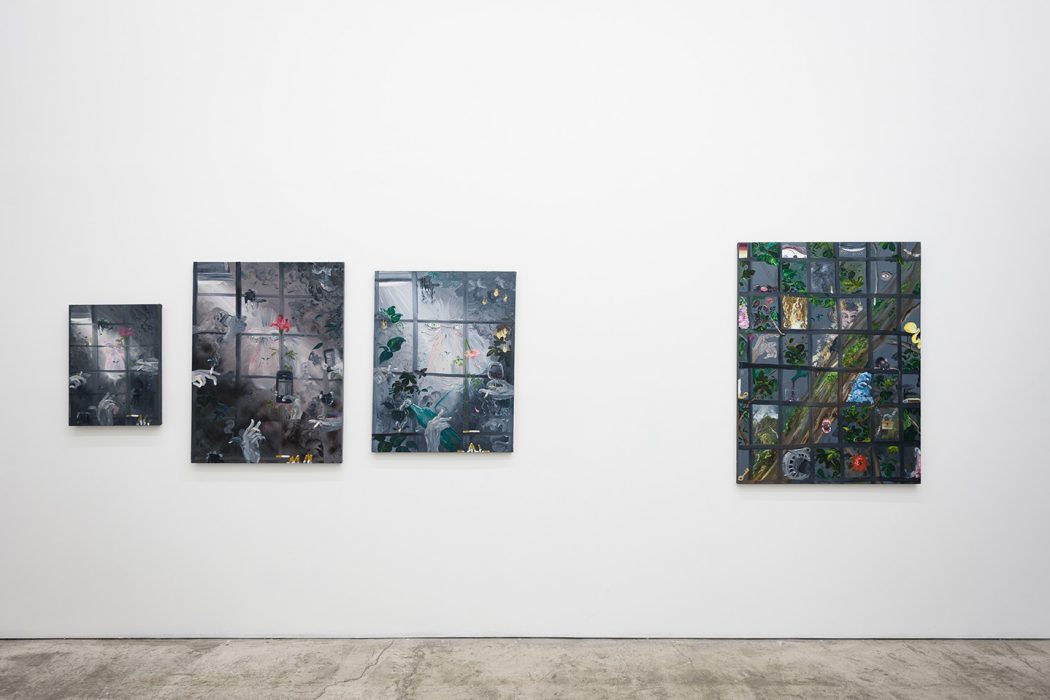